So, as you may or may not know, I am doing a Mondo Beyondo Dream Lab. I was drawn to this Dream Lab because Brene Brown is leading it, and we all know that I have a researcher crush on her.
Anyway, she does audios twice a week and most of them are amazing. And sometimes, they just knock me off my feet. Especially, one she did last week which I have been mulling around in my head since. It’s about how we react to anxiety. 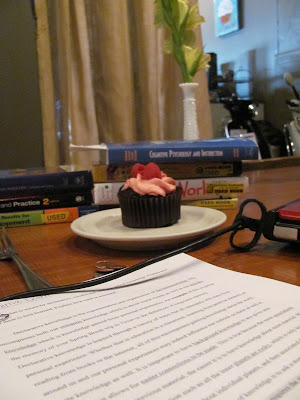 She describes two kinds of people: Over-performers and Under-performers.
The Over-Performers are the ones who take control. They make lists, are 15 minutes early to everything, and become super focused.
You know where I’m going with this.
The Under-Performers, they’re the ones who freeze. They start losing the lists, they numb, they don’t quite make it.
Now, society values over-performers much more than under-performers, but both are not good place to be. Both afford us serious problems.
And, I have come to the realization that I am an under-performer. When I find myself in a high-stress, high-anxiety situation, I totally freeze up. Like, you know, with Comps. I find anything that I can do to not do what I need to do. I lose the lists I make and I clam up.I think about twitter posts, even though I don’t have a twitter. And facebook. Hello procrastination.

It’s a problem, but it’s me. Maybe this comps studying will put me in a better place.

Hello! I'm Nicole. I live in Nebraska with my husband and our kid, where I have been working on my PhD in Counseling Psychology. I'll finally graduate in August 2016.
I am a lover of using too many commas, books, sweets, mason jars, gardens, and craftsman style homes. I've recently mastered snapchat conversations, am very crafty, and am also a Hufflepuff.