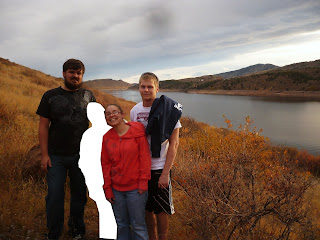 Have you ever thought of just disappearing?

The kind of disappearing where you start a new life — probably not the grandest life, but something away from your troubles and somewhere that you want to be? Perhaps Mexico, making tequila, or Italy creating wine (I do like to drink).
Or maybe Canada and learn to play Hockey. I don’t know. Have you you ever thought about it?

I’ve been reading some into it* and think it’s intriguing. I wonder at the desperation someone must feel to really do it — either because they feel unsafe or they feel like they can’t fix their circumstances. I don’t want to ever feel like that, but I wonder.

I mean, it’s the basis of a lot of movies. A man needs to get away, so he does. Granted, he probably has tons of money and get away with it while sipping margaritas and good mexican beer on the beach. But in reality, I wonder how many people are able to successfully run away. 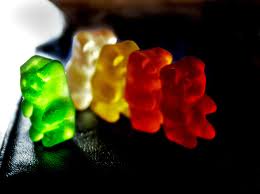 I think the kicker for almost everyone would be the lack of social interaction. You would have to cut yourself off from everyone. Literally everyone. I couldn’t talk to husband or mom or dad or Krista or Ashton or Chelsi or Doug. Well, maybe Doug. And you’d have to do it slowly, right? This takes time. You’d have to get off Facebook and MySpace (does anyone still use that mess?) and twitter and blogs etc. And then, you’d need to isolate yourself. You’d also need to figure out the money side. I think the best way to do this would be legally (e.g., don’t try to run from those damn credit card companies), but you’d have to work it out.

And then, how do you disappear? 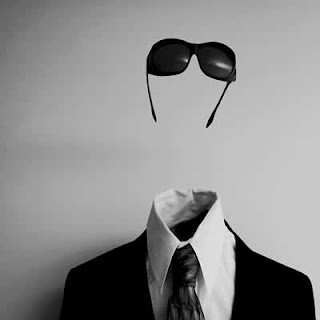 These guys would recommend not doing something fancy, which makes sense. Why have people searching for you if you want to go away? And of course, a natural disaster would be ideal, but really. That’s more serendipitous** then anything else. So how would you do it?

And even if we get all of that right: we cut off contact with everyone, we have the money, we get to the destination, we disappear… how do you get away from the paranoia? Can you imagine it? Always wondering if someone has found you? Tracking tip websites? Who is really in that car over there? I think that’s what breaks people more often.

But then, let’s imagine you get away with it. What about this unforeseeable amount of bad luck: Australian businessman Harry Gordon, who faked his death in a boating accident in 2000, lived under a new identity for five years until the afternoon he passed his own brother on a mountain trail. (here) What?

The articles I’ve also looked at talk about that we’re creatures of habit, which creates serious problems. Once we start to get comfortable with our new persona, we go back to routine and/or we get sloppy.

Wired has run a couple of contests over disappearing. The latest one was for the movie Repo Men, and two of the 4 runners got away. I wonder how the carrot of money influenced this?

So, I’m curious, if you could, would you create a new identity? Do you think that would be better than dealing with your problems?

*Ahem. For any government entity reading this, I am not thinking about disappearing. I like my work too much. And I make too little money. Ask me in a few years.

** I can’t believe I just called a natural disaster “serendipitous.”

Haha. I hope I just gave all 5 of my readers a little heart attack.

I’ve made the decision to lose 30-50 lbs before getting pregnant/adopting/fostering. The idea just kind of hit me last night. I want kids (phew, that’s out there) and I want to be the healthiest I can be (without getting insane about it, which has been known to happen) before having babies. To me, it just seems it would be easier to maintain while raising kids then to start. So, that’s been decided.

I have a bit to do it too. See, I’ve done research about academics and having kids etc. and it’s basically agreed that if a woman would like to have kids, the best time to do it is while she’s dissertating.

Which makes total since.

When I’m working on my dissertation, I get to make my own hours and I don’t have classes. Or at least not 10 hours of demanding classes. So, that’s 4 years away, minimum. Thus, I have time.

I really just don’t know where it goes to. I swear school just started and now we’re a month in. Seriously, this is bizarre. Am I the only person who suffers from this?

No really, I do! There are just a couple of excuses I have: 1) I work all day, and refuse to bring my lap top home with me. 2) I’m tired. 3) And often feel like I have nothing cool to share.

So, now that the excuses are out there, I really am going to try a bit more. Even if it’s a 3 second though that’s typed up and put on here. Lord knows I have plenty of those during the day.

Husband and I lounged around. I was supposed to go through some boxes, clean a bit, and prepare for my folks coming in over Labor Day.

But, I didn’t. I sat on the couch and read pieces of my multiple books. Drank some delicious wine. At some tasty homemade pizza rollers.

It’s been super quiet which is to prepare me for the coming year.

I’m excited, yes. But I’m also tired. I don’t feel like there was really a break for me at all.

Which is accurate. I worked 40 hour weeks, took classes, and hosted many, many visitors.

So now it’s the end of the summer and it’s time to get rockin’ again. We bought my school supplies on Wednesday (I find I’m much less needy in that department now… wonder why?). New legal pads, sharpie pens* and a fantastic orange pen. I wanted a 3 hole punch, but dang those are expensive.

It also means that it’s time for meetings and trainings. Lots of ’em. I’m meeting with my boss tomorrow to talk about my assistantship (more on that later).