Not in any particular order: 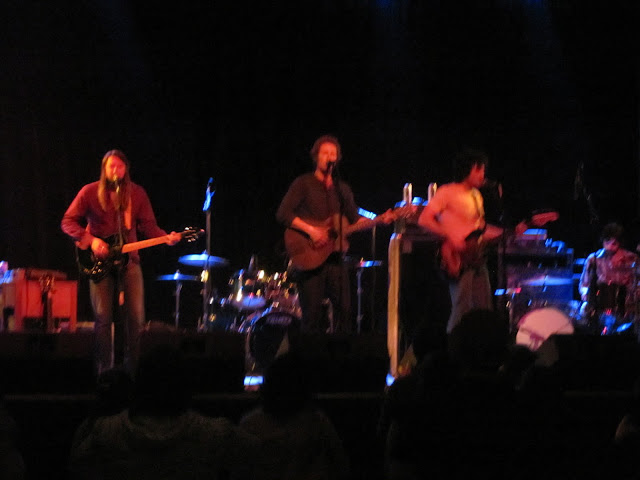 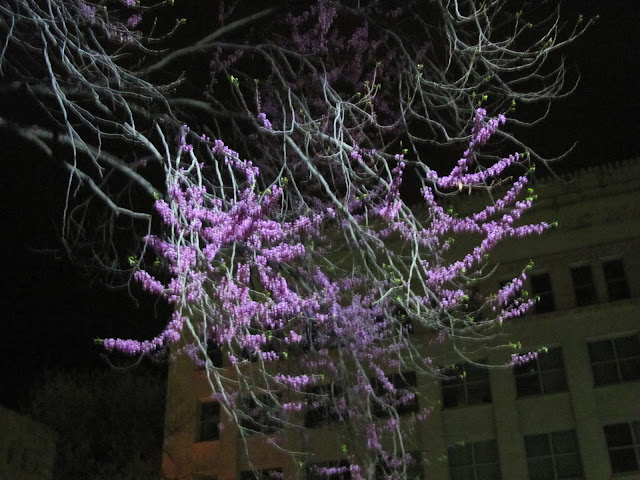 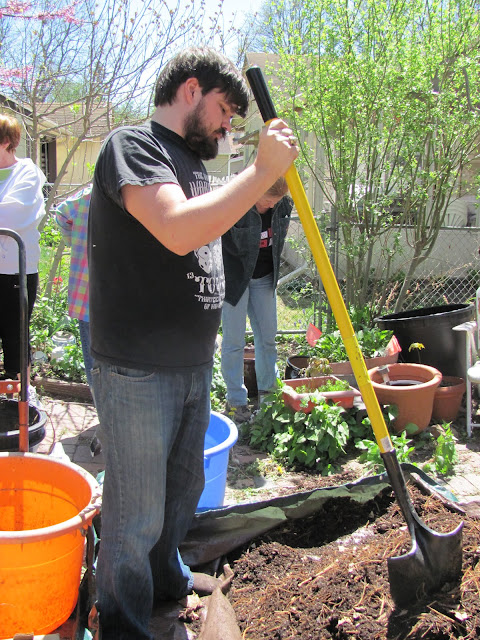 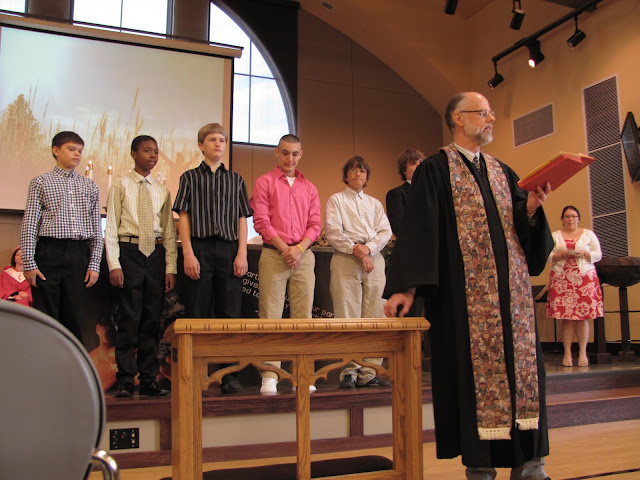 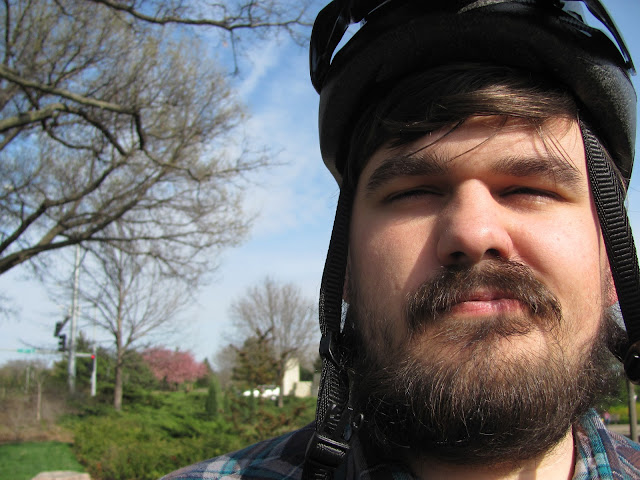 The mister and his helmet. 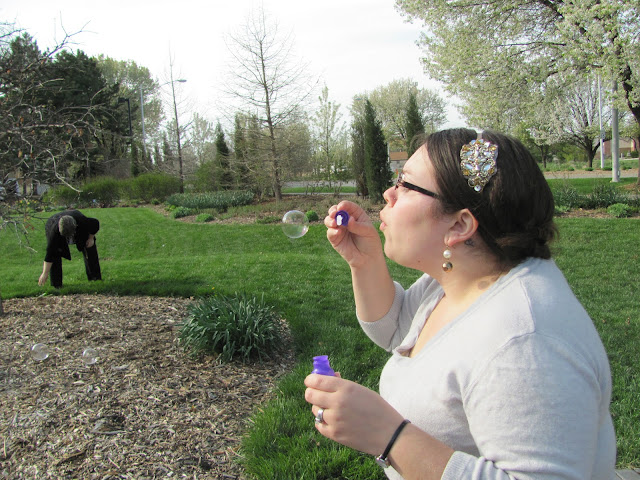 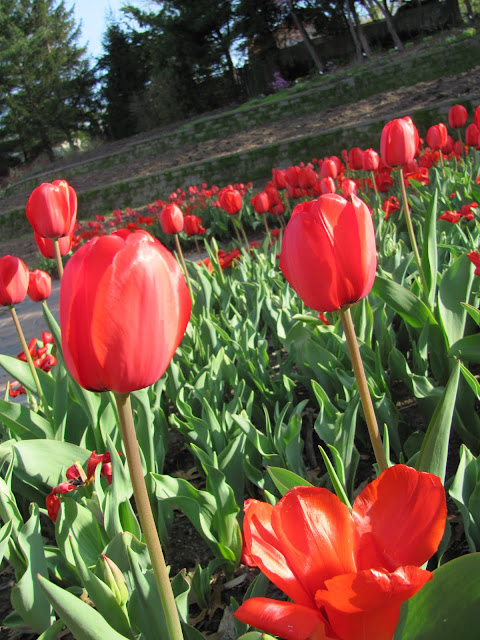 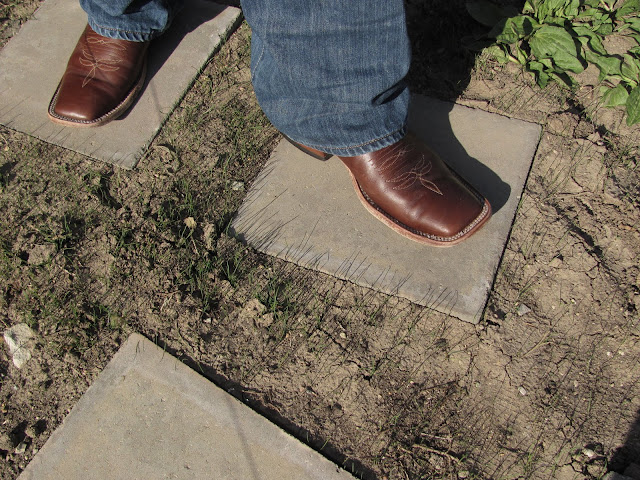 The grass that popped up has a shadow! And the mister has clean boots. 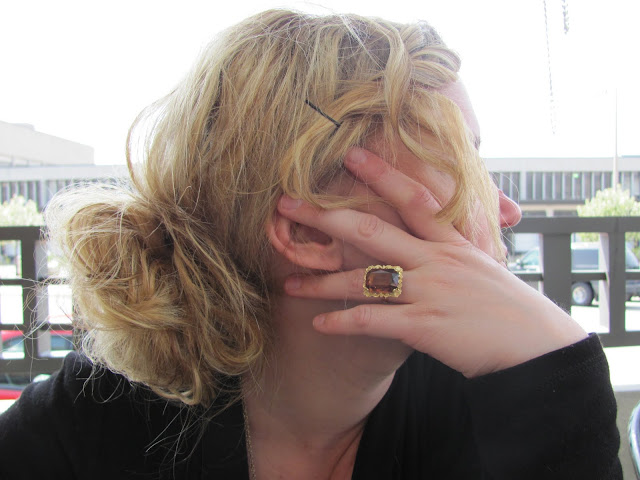 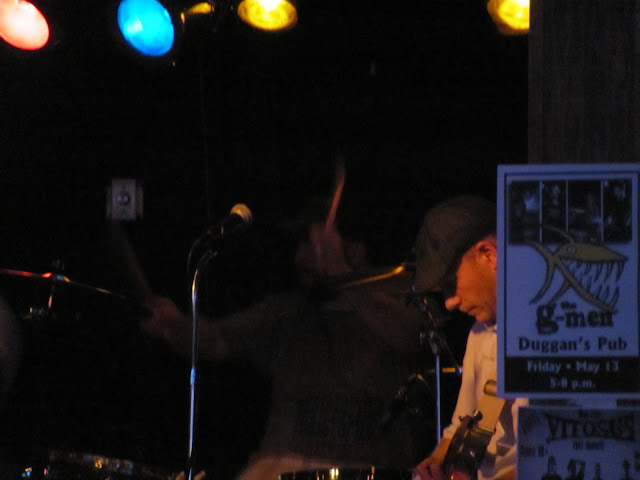 A friend jamming out on the drums. At his show.
and, finally, 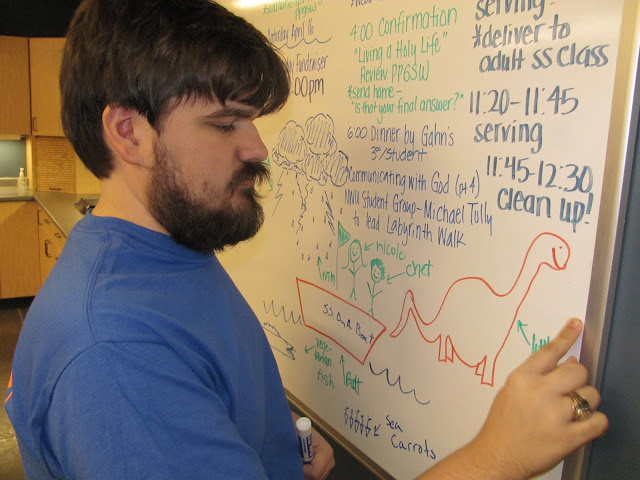 Arts & Crafts time when there were no kids at Sunday School.
What have you been up to?
Remember that Diana Kit I received as a Christmas gift?

Well, I haven’t shared any more film photos because I’m slightly embarrassed. Basically the story is this. My next two rolls of Diana’s were ruined via light pollution. Well, that’s not totally true. I got 3 photos out of 24. So, I put the Diana away for a while because she was so mean to me.

And then, when we went down to Texas for the wedding my parents gave me my grandmother’s SLRs, and my friend (who was getting married!) gave me hers as well. And they are film to boot. They are all beautiful. 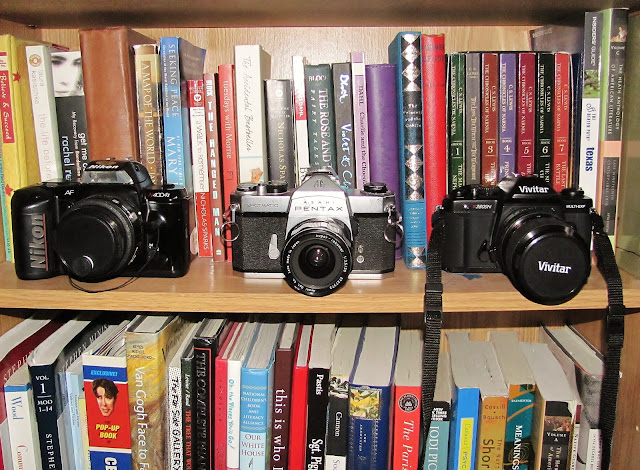 And oh boy did I use film taking pictures. And then I took said film to be developed.
Only to find out that I had loaded it all incorrectly. And I had no photos.
I know. Insert sheepish grin here. The gentlemen who owns The Photo Shoppe, where I get my film developed very kindly showed me how to appropriately load my film and then, even more kindly, didn’t charge me for the “negatives” because they, “don’t like to rub salt in wounds.”
Did I mention I will have everything developed there for as long as I can?
Needless to say, after ruining 4 rolls of film, I was a little dejected, and the lovely cameras hung out in their respective bags with their respective lenses.
At some point, though, I decided “screw it” and took more photos. Here’s some of them: 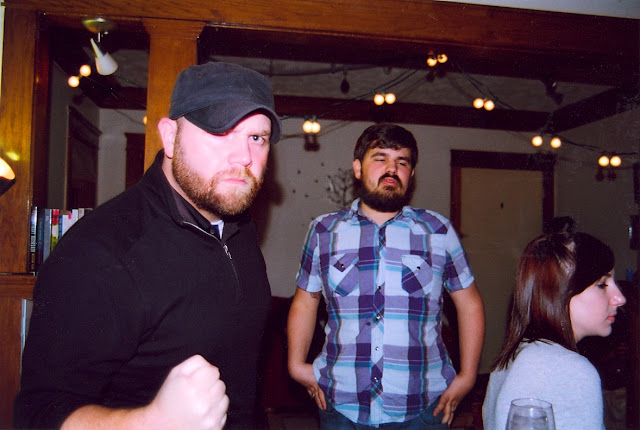 He likes to pretend he’s tough… 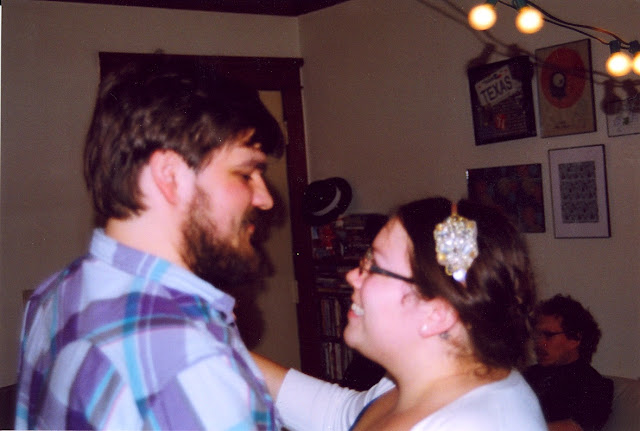 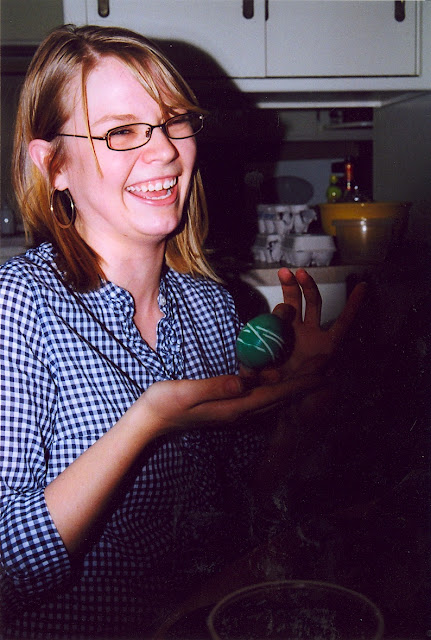 From the Egg Dying party. I’m not sure why there is a shadow, but whatever. It turned out. 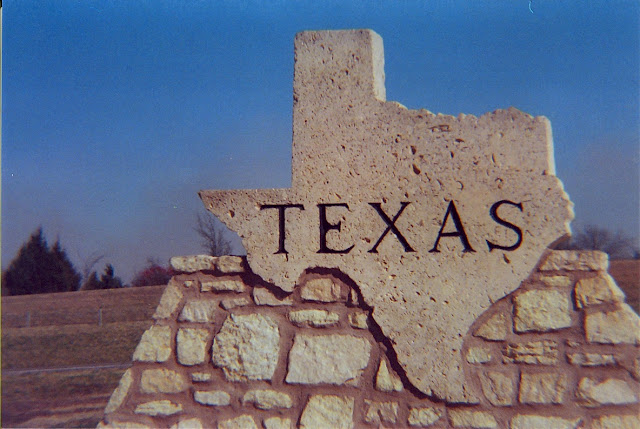 And, of course, Texas! A Diana photo from the wedding trip.
So, film. I really love it.
I love that I have no idea how the heck things are going to turn out.

I love that people aren’t posed perfectly and you don’t really take a photo more then once. I mean, you might, but I’m defintely not taking 124 photos at one time.

And, I figure that I will get better as I do more.

I just entered four of my photos into a photo contest.
I can’t believe it.
Even if I don’t win anything, I’m really happy to cross this off my life list. Because, I did it. I submitted some of my photos in a contest.
And, as I become a better photographer, I think I will do it again. We’ll see. 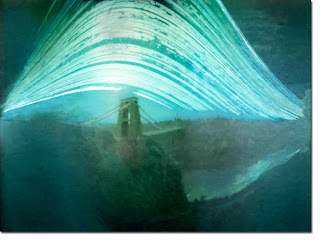 I’m getting into photography. Part of that comes from the better camera I got back in November. Part of it comes from the Diana that I got for Christmas. The other third is my desire to not only learn about Counseling techniques and to have a life.
I enrolled in a continuing ed photography class, and so far it was been the most incredible thing that I’ve done in a while. I’ve learned so so so much about photography and cameras… it’s been incredible. And, my photos are getting better to boot.
Anyway, some of the things which I’ve learned is that for a camera, you just need a light tight box, a shutter, an aperture, and something to collect the light. That’s it. That’s all that’s needed for a camera. Now, lenses and shutter speeds… all of that is important depending upon the kind of photo you want, but the basics? That’s all you need.
And that’s all that pinhole cameras are. A light tight box, something to catch the light (film), a shutter (what let’s light in) and the aperture (the pin hole). And you can get some amazing photos using a pin hole.
For example, the one above. That’s a pin hole camera made from an empty soda can with a 0.25mm aperture and a single sheet of photographic paper. The shutter was left open for 6 months… 6 months! From the winter solstice to the summer. See the streaks? That’s the sun going across the sky.
Photography doesn’t have to be scary or hard and you don’t need a $1,000+ camera… you just need to be able to paint with light.
Photographers Website
Found at: HouseHold Name
For Christmas, my in-laws bought me a Diana F+ Kit. That means that I got the camera and everything that you could think of with it. 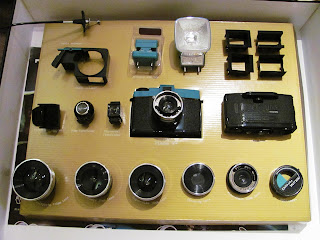 Do you know how pretty this is?
Well, within the first week of having it, I took two rolls of films: A 35mm roll and a 120 roll.
I dropped them off about two weeks ago and picked them up last night.
Out of 39 photos, about 24 turned out (e.g., they weren’t over exposed!). From those 24, I really liked 9 of them but scanned 15.
And now, because I can, I’m gonna show you a couple… or six. 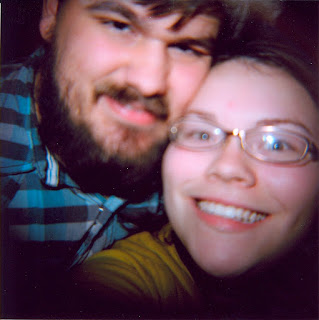 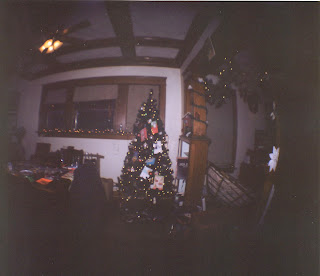 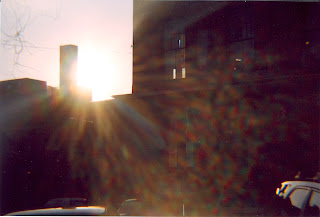 Happy Friday (night!), dear internets. I hope everyone has an incredible weekend.